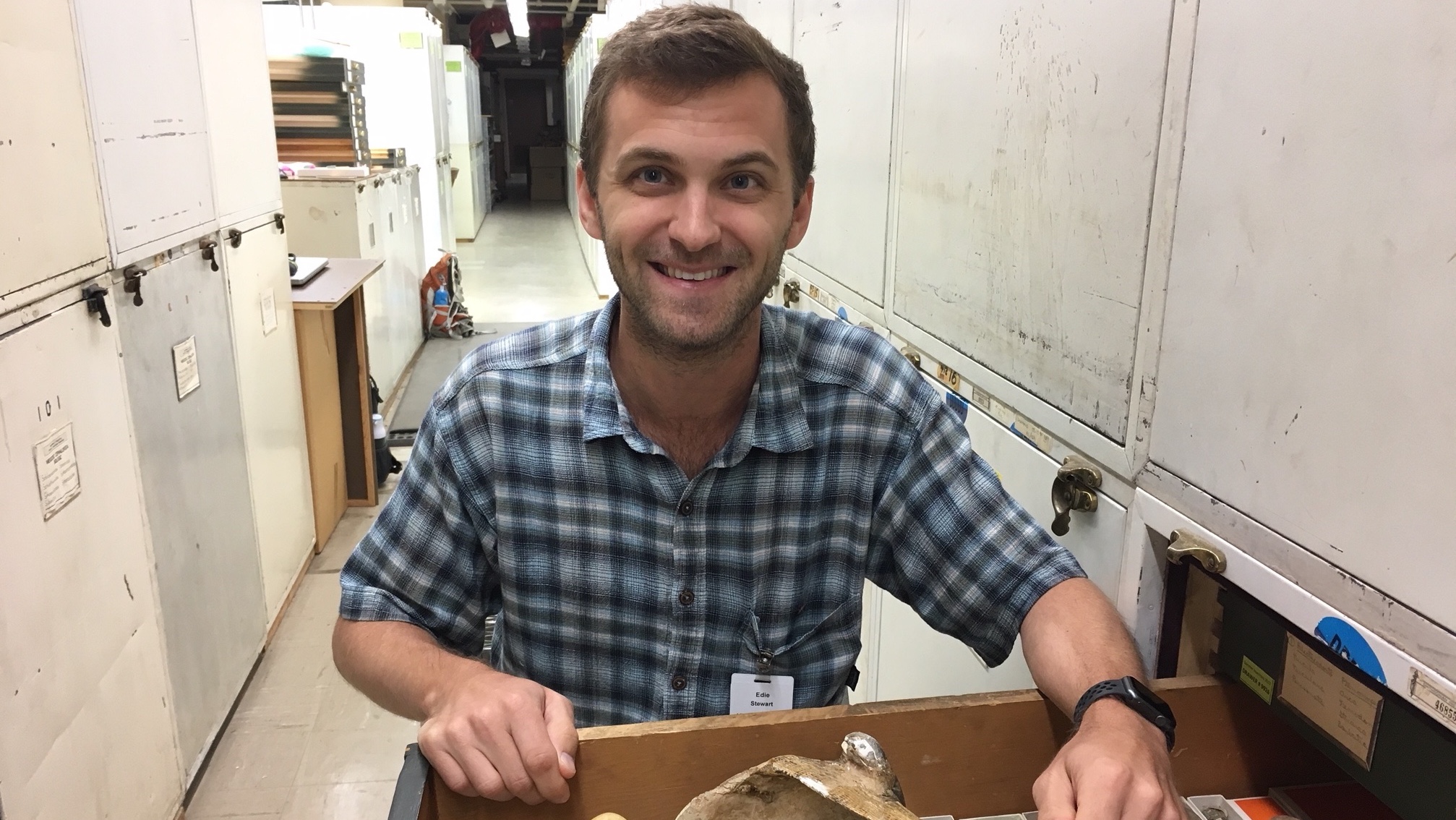 In Spring 2018, Stewart Edie successfully defended his dissertation research. Stewart is a paleobiologist who worked in David Jablonski’s lab. His overarching motivation is to uncover the primary evolutionary processes that generate asymmetries in biodiversity. For example, why there are millions of species of beetles but only 3 species of elephants.

“As much as I’d love to use beetles and elephants in my work,”  says Stewart, “the historical record of their evolution isn’t really up to the task. Instead, I use a group of marine molluscs, the bivalves, which have a rich, diverse, and well-preserved evolutionary history going back some 500 million years”

Stewart’s dissertation research led to a particularly surprising realization - that taxonomic diversity - the total number of species -  and functional diversity - the number of ecological roles a group takes on - are capable of strikingly independent behaviors through mass extinction events. “Marine bivalves nearly didn’t make it out of the Paleozoic, as some ~90% of species went extinct during the end-Permian mass extinction event —but somehow, all bivalve functional groups survived.” says Stewart. This finding, published in Proceedings of the National Academy of Sciences in 2018, implies that certain functional groups, and thus their constituent lineages, were buffered from the factors driving most of the extinction. Exactly how this played out is still under investigation, but answering that question will provide important insight into how faunas respond to past and future global climatic and environmental catastrophes.

“The Department of the Geophysical Sciences, together with allied programs at the University of Chicago, such as Ecology and Evolution and Organismal Biology via the Committee on Evolutionary Biology, provided me with a vibrant, encouraging, and creative evolutionary biology community ” Stewart notes. As far as what’s next, he’s excited to dig more deeply into how factors such as development influence macroevolutionary dynamics and contribute to diversity asymmetries in the elephants and beetles of the marine bivalve world.