All these GCMs try to simulate the climatic changes by coupling the various sub-models on  various climate forcing involving : atmosphere, land, ocean, aerosol ,

AR5 provides an excellent platform for viewing the results of all these eleven models on world map. It helps  common people to understand the degree and extent of climatic changes looming over earth.  Different models adopt  different types of couplings of submodels or follow slightly different methodologies.  Exhaustive comparison of eleven model results for all variables for year 2000 as well as future predictions (say 2099) are beyond the scope of this work.  However two observations are provided in following paragraphs as examples of variation in prediction results:

These GCMs are usually named on basis of the source institutes.  The reasons for the above mentioned differences in predictions are a briefly discussed  in the following section.

4.      CCSM4 (The Community Climate System Model (CCSM) is a coupled Global Climate Model developed by the University Corporation for Atmospheric Research (UCAR) with funding from the National Science Foundation, Department of Energy, and NASA. This model is used as a standard tool.

5.      CNRM-CM5 (NRM-CM5) is an Earth system model.
Greenland  is simulated to be more cooler in 2000 as well as 2009. This may be due to  a very strong cold bias imbibed in the model. This ‘‘blue spot’’ of north Atlantic is a known problem that is amplified in the new NEMO configuration.(Figure 1b) (Reference: 1)

In almost all models historical climate forcing is used, which is a reconstruction of both the anthropogenic and the natural climate forcing. For the future, the RCP8.5 scenario is taking to represent "business as usual" and are compared for RCP 2.6. However, CSIRO uses RCP 4.5 and thus differs in prediction from other models (Reference 2).

8.      IPSL-CM5A-LR The Institute Pierre Simon Laplace (IPSL) is a governmental funded research centre devoted to research in the climate system and global environment.

MIROC-ESM”, is based on a global climate model MIROC (Model for Interdisciplinary Research on Climate) which has been cooperatively developed by he University of Tokyo, NIES, and JAMSTEC

Al though all models show warming trend but the results of every model should reviewed and compared before accepting it as a final result.

Copy the URL from your study, from the page with the stations selected.
http://climatemodels.uchicago.edu/maps/

PS : The project title and Figure 2(CS MICRO Temp 2099 file  was removed for editing. Unfortunately this could not be uploaded within deadline as system is not allowing the author for uploading the title and Fig 2 for unknown reasons! 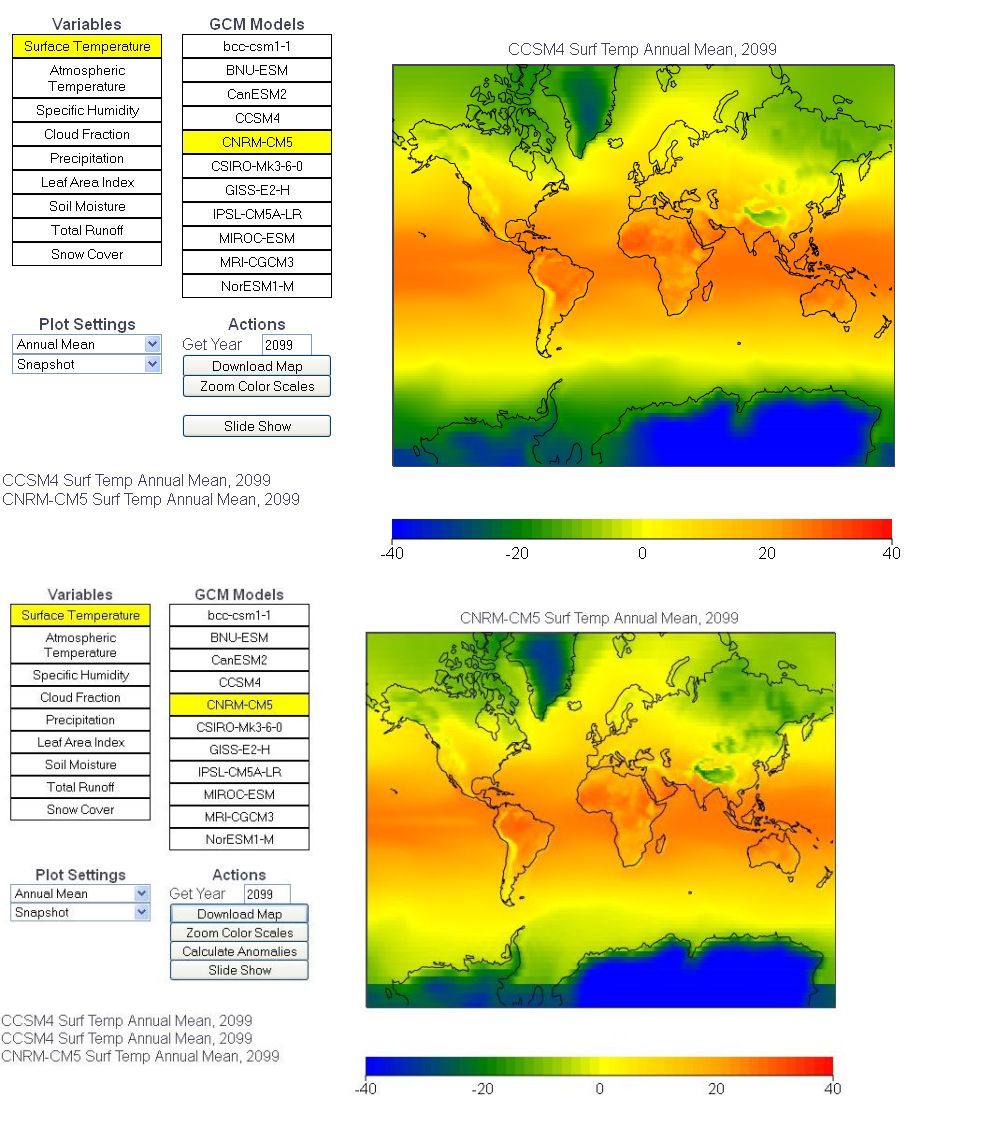