My primary research interest is understanding the formation of fossil records. What controls the abundance of skeletal remains (e.g., shells and bones), how time-averaged (age-mixed) are these remains per assemblage, and how accurately is community composition and structure captured given that temporal resolution -- to what extent is biological information skewed (biased) by inter-species differences in post-mortem durability and by out-of-habitat transport? I use ship-based fieldwork, sample rescue (from wastewater agencies), meta-analysis, and modeling to assess how very young fossil records (especially dead remains that are only now accumulating on the seafloor or landscape) can be used to acquire baseline information from before the onset of human activities. Such insights are essential to evaluating anthropogenic impacts and developing targets for remediation. My primary focus has been on continental shelves -- the majority of the marine fossil record accumulated in such shallow subtidal seafloors --, using southern California and the northern Red Sea as major study systems, and others in the group have been extending this approach to higher-latitude shelves (Oregon, Alaska) and estuaries (Puget Sound, WA), lakes (ostracodes), and terrestrial settings (small and large mammals).

Although this work is motivated largely by the need to solve modern-day environmental problems, it also lets us push toward a rigorous mechanistic understanding of skeletal preservation -- rates of recycling and sequestration, how shell reactivity might be reset at a microstructural level, and the consequences for isotopic and other proxy data carried by shells (all new directions). Understanding these dynamics is also essential to interpreting the older fossil record. I started out using very thin (Maryland) and very thick (California) Neogene stratigraphic records, then went geologically deeper & geographically all over to evaluate large-scale trends (evolution of shell beds, variation with latitude & nutrients). I basically walked away from rock-hammer work in ~2000 to concentrate on modern systems & societal applications of very young fossil records. I am now looping back to stratigraphy in my research via core-based analysis of post-glacial shelves, but have never stopped advising students in stratigraphic analysis of older records, which is still closest to my heart.

The kinds of papers I write (full list below):

1. Students reconstruct the pre-Colonial to present-day history of a major US estuary using published data from sedimentary cores, learn to evaluate multiple working hypotheses of natural and human drivers; I developed this for students in a non-majors course on earth history, used at end of course when focusing on human evolution and the 'Anthropocene'

Environmental History of the Chesapeake Bay: Using Sedimentary Cores to Test for Stages and Drivers of Ecosystem Decline (2008 version). [pdf 2] NB most of the web-sites listed in last Synthesis section were taken down by agencies in 2018.

2. Students develop *hypotheses of stress on downstream water bodies based on their reconstruction of the cultural and economic history of their hometown watershed, using diverse web sources [starts with EPA's Surf Your Watershed, taken down 2018; will need revision to accomodate EPA's new version in 2021, Know Your Watershed]; learn about challenges of acquiring quantitative data even for economic measures in the very recent past, of comparing diverse kinds and qualities of data, and of modeling expected net effects. Serves as 2-week capstone individual project for lab portion of a non-majors course in earth history at UChicago, could work for students at several different levels (trialed in 2014 & 2015). 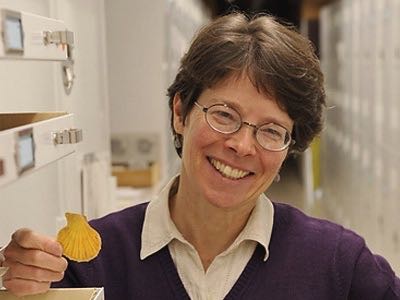