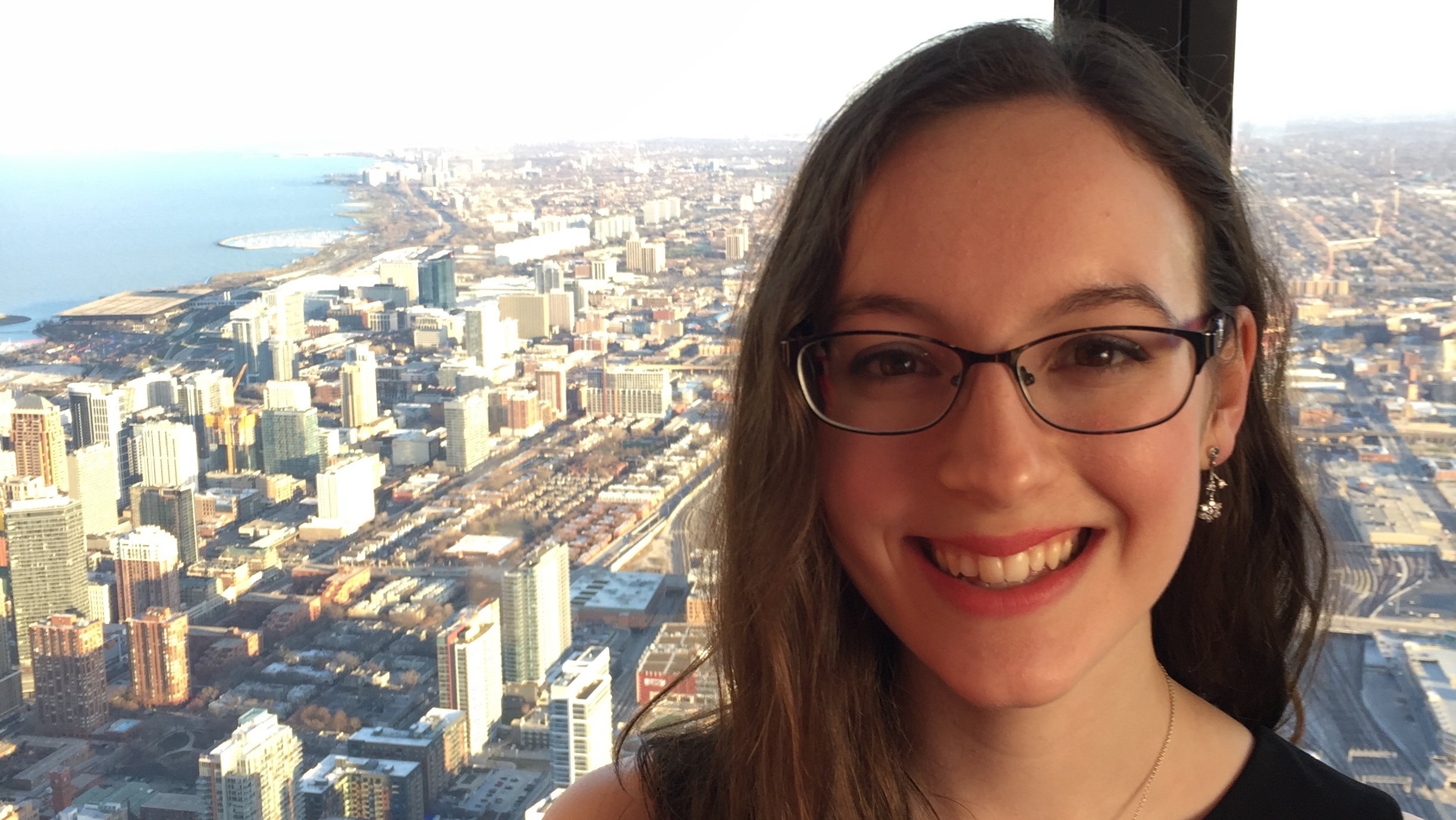 Megan Mansfield uses spectroscopic observations of transiting exoplanets to study their atmospheres. She primarily uses space-based telescopes such as the Hubble Space Telescope to observe exoplanet atmospheres. Through observing these exoplanets, we can learn about their chemical composition, climate, and dynamics, and learn more about how planets form and evolve. In a recent paper she analyzed observations of the phase curve of the ultra-hot Jupiter KELT-9b, which is the hottest known exoplanet. This planet showed a reduced temperature contrast between the dayside and nightside, which indicates heat transport from hydrogen dissociation. KELT-9b is so hot that hydrogen molecules dissociate into individual hydrogen atoms on its dayside and recombine into molecules near its nightside. This process efficiently transports heat in a manner similar to latent heat transport by water vapor in the Earth’s atmosphere. Because of KELT-9b’s extreme temperature, its phase curve shows the clearest impact of hydrogen dissociation yet observed. While Megan’s current research focuses primarily on hot Jupiter exoplanets, she is interested in using future observatories such as the James Webb Space Telescope (JWST) to study the habitability of rocky exoplanets. She recently published a paper modeling how observations of inferred albedo with JWST could imply the presence or absence of an atmosphere on rocky exoplanets. She showed that a high albedo inferred from thermal emission measurements on a rocky planet with an equilibrium temperature between 300-880 K would imply the presence of an atmosphere, because in this temperature range all plausible rock compositions would be low albedo. Through this method, JWST observations can quickly identify which rocky planets host atmospheres.