Dust plays a major role in the universe. Stars form from clouds of gas and dust. At the end of their lives – after they have developed to red giant stars, AGB stars, or during nova and supernova explosions – dust forms in the outflows of dying stars. This dust eventually becomes part of the interstellar medium where new generations of stars develop. 4.6 Ga ago, our solar system formed from such a cloud of gas and dust. Remnants of preceding stars can be found as so-called presolar grains in primitive meteorites. They still provide information about nucleosynthetic processes in individual stars these dust grains come from. Another source of information about the early solar system are interplanetary dust particles – dust that originate in our solar system from asteroids and comets and that is collected in the stratosphere. Especially cometary material is of special interest since comets are considered the most primitive bodies in the solar system. In 2006, the Stardust spacecraft has returned dust from comet 81P/Wild 2. These samples provide information about processes in the outer solar system, especially the Kuiper belt where Wild 2 originated.

In the past, I have used time-of-flight secondary ion mass spectrometry (TOF-SIMS) to study mainly the chemical composition of meteorites and all kinds of available cosmic dust samples: interplanetary dust, presolar dust, and samples from the Stardust mission.

We have developed CHILI – the Chicago Instrument for Laser Ionization – the next generation of instruments based on microbeam laser resonance ionization mass spectrometry. We use CHILI to measure isotopic and chemical compositions of samples mostly from meteorites, foremost trace element isotopic compositions of presolar silicon carbide and graphite grains, which provide insights into stellar nucleosynthesis and galactic evolution. 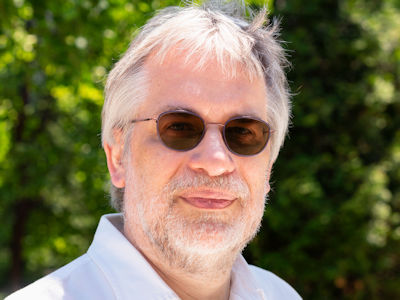